Literally amalgam means “mixed with mercury,” and in dental terms, this is true because the composition of the ones used in fillings is formed by 50% Mercury (Hg) and other metals as silver, copper, zinc and tin, that when mixed it hardens in a few minutes at room temperature.

Until recently it was thought that the mercury didn’t come off from the amalgam once it hardened. Now, we know that mercury detaches from the amalgam every minute of the day. On average, an amalgam releases approximately 34 micrograms of mercury per day (plus – minus 2 micrograms) .”(IAOMT)

What happens in your mouth?

Mercury besides evaporating at 20 ° C, it begins to react chemically with the saliva, with acidic foods and citrus, with the fluoride from the toothpaste, food and hot drinks, bruxism, chewing gum, to have additionally gold fillings, braces or bridges of other metals, tobacco, the acid pH of the mouth, electromagnetism, etc …. Furthermore amalgam fillings have an electric current that can be measured (due to binding of the metals). The higher the current, more mercury will be released. 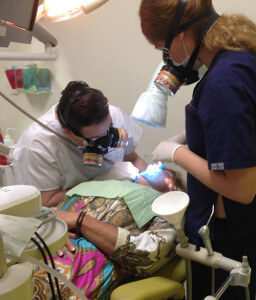 Where does the mercury end up?

Mercury is mainly absorbed under the tongue and through the inner cheeks, as well as through the lungs during inspiration of evaporated mercury, so there is fast absorption. From these tissues through the bloodstream, mercury can travel to any cell in the body, where it can damage or destroy tissues. The worst is that methylmercury is oxidized by the body, transforming it into an ionized form of organic mercury more toxic than the metal one and that it is capable of penetrating the cells, modifying and destroying their structure, including the DNA.

Mercury also attacks the immune system, so fungi (e.g. Candida albicans), viruses and bacteria can spread very easily, also allergies and other immune system diseases emerge progressively until they end up being chronic.

Mercury gets into the body through the following four ways:
1. From the oral and nasal cavity: Mercury vapors reach the bloodstream and through the nerves directly into the brain.
2. The vapors are ingested partially through the lung airways. This way they also get to the bloodstream, where it becomes a part of the vapor of mercury: oxidizing ions of mercury. A more toxic form of mercury even more toxic that the vapor. Since organs like the liver, the bile, kidney, and heart work as blood filters, this is where the toxic metal is stored mainly.
3. When we chew, particles of amalgam get released in its innocuous metallic form and it is swallowed. Natural intestinal flora transforms these particles and the mercury vapor into the most dangerous metal form, methylmercury. This process is called methylation. Many experiments and studies confirm this process. Still it is not supported by many dentists and doctors. From the small intestine the methylmercury passes into the bloodstream and finally to organs.
4. The metal is diffused through the gums, tooth roots and jaw to the central nervous system and brain.

Amalgam Intoxication?
Many years go by between the placement of the amalgam filling and the development of the intoxication. Some people are more affected than others and in some cases it seems that there is no affection. This depends mainly on the good function of the immune system, the mechanism of detoxification, lifestyle, food and environmental contamination.

Heavy metal test:
This method has been around for few years. With it the doctor can quickly and easily diagnose the degree of intoxication with a urine test.
. Trace elements like zinc and selenium are natural particles in the body and serve among other things for the body’s natural detoxification. Because they are “consumed” by the toxins we have to restore balance. This should be done under the supervision of an experienced physician. 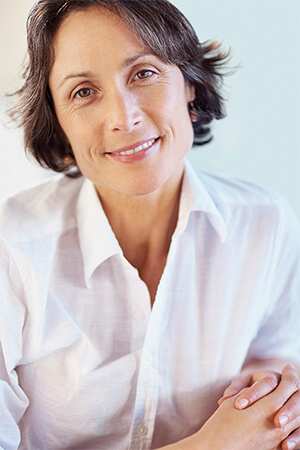 1. Gastrointestinal System
2. Central and Peripheral Nervous System
3. Hematopoietic and renal system
4. The majority of the metallic compounds are carcinogenic.

**BIOLOGICAL DISORDERS DUE TO HEAVY METALS